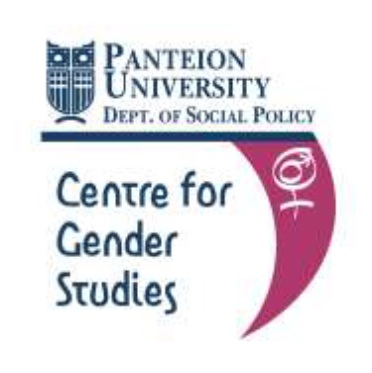 On the 9th of May 2022, the Centre for Gender Studies of Panteion University of Social and Political Sciences organized an online lecture for the ProGender project entitled “Migration and motherhood: The experiences of Southern European mothers in Norway”. The lecture was given by Raquel Herrero-Arias, Associate Professor at the Western Norway University of Applied Sciences.

The lecture began with a discussion of migration and parenting, focusing on the differences in the parenting practices and cultural values and ideals about childhood, family and gender between countries of origin and host countries. First, Herrero-Arias presented the sociocultural context of parenting in Norway, where child protection is considered as a social responsibility. Intensive parenting is characterised by “childcentred parenting methods, expert guided, intensive and expensive” that are not based on instinct or common knowledge. Children are considered as autonomous individuals with their own rights and have legal protection. At the same time, there are family-friendly policies based on gender equality that increasingly include more and more activities and responsibilities that were not available to parents in the past. The lecturer criticised the care model, as intensive parenting and argued that it is in line with neoliberal ideals of individual responsibility, where policies are based on the responsibilities of parents rather than states.

The lecturer continued with a brief presentation of the care framework in Southern Europe, where the welfare state is based on family solidarity, with women being the primary care givers. It is characteristic that strong family ties result from the low involvement of the state in the provision of welfare. In the South, there is a delayed empowerment of young people, parental care, low fertility rates, lack of public services and high unemployment rates. All of the above, results into the dependency on family care and the limited participation of women in the labour market.

The main part of the presentation was based on a survey carried out by Herrero-Arias in which women and men from Southern European countries (Greece, Italy, Portugal and Spain) participated. The mothers who participated in the survey did not rely on their extended family, but on welfare benefits. Family-friendly policies in Norway allowed them to be more involved in raising their children and to combine motherhood with their professional development. However, this was possible only for immigrant mothers who had managed to find a job and belonged to the middle class and not for mothers working in more precarious positions.

There were significant differences in the way children were brought up in Norway. In the countries of origin, mothering practices are based on obedience, protectionism and mutual responsibilities between families, whereas in Norway parenting is based on autonomy, individuality and dialogue-based practices. The different cultural habits make immigrant mothers feel criticised for not living up to the ideals of the Norwegian model. In their interactions with professionals they feel that their own knowledge is not recognised and especially those from the working class feel threatened to be labelled as dangerous for child rearing.

The lecture also addressed the InnCovidNorge research project, in which interviews were conducted with populations from different countries (Latin America, Africa, Europe and Middle East) regarding motherhood and migration during the pandemic. The data showed that families at the beginning of the pandemic did not have the help they needed. The help that was available was either not enough or not available at the time.

The video of the event is posted on Facebook @ProGenderproject

ProGender: A Digital Hub on Gender, the Covid-19 Crisis and its Aftermath, is funded by the Bilateral Fund of the European Economic Area (EEA) Financial Mechanism 2014-2021 (EEA Grants 2014-2021). In the ProGender project the Centre for Gender Studies of Panteion University cooperates with the RIKK- Institute for Gender, Equality and Difference of University of Iceland and the Center for Gender Research of Norwegian University of Science and Technology (NTNU), the AMKE Research and Education Collective (REC) and the Social Cooperative Enterprise KOINSEP STIN PRIZA.