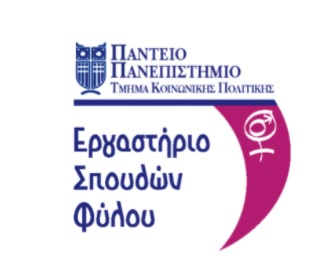 The Centre for Gender Studies of Panteion University of Social and Political Sciences organized in April an Online Guest Lecture and an Online Policy Discussion Panel about the third theme of the ProGender project “Women and Gender in Science”.

The first event, the Online Lecture entitled “Women scientists during the pandemic” which took place on April 12 2021 was organized in collaboration with the Center for Gender Studies of the Norwegian University of Science and Technology (NTNU). In the lecture, the Ambassador of Norway to Greece, Frode Overland Andersen, gave a welcome speech, mentioning that the pandemic showed new facts about gender relations and revealed gender inequalities even amongst partners who thought they were equal.

The lecture was given by Sofia Moratti, Senior Researcher at the Center for Gender Research and Centre for Technology and Society at the Norwegian University of Science and Technology (NTNU). She referred to the biases against women and girls who pursue careers in scientific disciplines, as shown in the relevant literature. Due to the underestimation of women’s abilities by male teachers, peers and even their own families, women and girls internalize prejudice and underestimate their abilities to progress in traditional “male” domains. Motherhood and childcare are also factors that trigger discrimination against women and burden women in science, more than men.

She also referred to surveys conducted during the pandemic that either measured women’s scholarly productivity in the light of the pandemic or sought to investigate the impact of childcare and domestic labour on women’s professional lives and opportunities. The most common question about the impact of women scientists during the pandemic was “How the pandemic affected women’s productivity?” The period of the lockdowns was presented as an opportunity to increase productivity in scientific publications, but no one wondered about the quality of the papers and the declining submission number of papers written by women authors. High productivity is the norm in science regardless of the circumstances and is measured by the number of publications, which from a gender perspective, should not be the main or the only criterion of productivity in science. Nevertheless, lower publication outputs by female scientists during the pandemic were the clear expression of gender inequalities, as the impact of childcare impose a heavy burden on women much more than on men. However, as Morati argued, linking gender inequality in science with childcare implicitly reinforces images of childcare as a woman’s duty and prevents discussions about care sharing amongst partners.

The second event, the Online Policy Discussion Panel entitled “The impact of Covid-19 on women scientists”, took place on April 26 2021. The following scholars participated in the discussion:

ProGender: A Digital Hub on Gender, the Covid-19 Crisis and its Aftermath, is funded by the European Economic Area (EEA) Financial Mechanism 2014-2021 (EEA Grants 2014-2021). The EEA Grants represent the contribution of Iceland, Liechtenstein and Norway towards a green, competitive and inclusive Europe. There are two overall objectives: reduction of economic and social disparities in Europe, and to strengthen bilateral relations between the donor countries and 15 EU countries in Central and Southern Europe and the Baltics. The three donor countries cooperate closely with the EU through the Agreement on the European Economic Area (EEA). For the period 2014-2021, the EEA Grants amount to €1.55 billion.

The video of the events are uploaded on Facebook page @ProGenderproject